The graph below shows the download statistics of my Pictures Lab app during the last 9 months. The green line represents the daily downloads and the orange are the accumulated downloads. I blurred the numbers at the scales, since I don't release the download number for various reasons. Please note, Pictures Lab offers a trial mode which means users can try the app for free. Therefore the download numbers aren't equal to the number of sold licenses! Although the app has a pretty good conversion rate from trial-to-paid of ~32% worldwide average and in December it even was 97% in Norway! I noticed that all the Scandinavian countries seem to have a great conversion rate in general. Worst seems to be Hong Kong, but that's a story for a different blog post. Just to be clear, Pictures Lab provides me with a solid extra income each month and the trend is positive, but it's not enough to make a living out of that yet.
The absolute download numbers actually don't matter that much for this blog post. The important part of the graph are the text labels I manually added. Those labels mark events I tracked and noted at that time and are usually followed by a download peak.

What about the Windows Phone 7.5?
The first Windows Phone 7.5 (previously known as Mango) devices and Nokia hit the market in October and November 2011. This fact also needs to be considered when interpreting the graph. Although from looking at the statistics of my other apps I see that Windows Phone 7.5 didn't have such a huge impact like the updates had. The downloads definitely increased due to the Windows Phone 7.5 launch, but the tracked events align very well with the peaks in the graph and the increase of the base line after.
Let me try to clarify this and my conclusion #3 with the graphs of my successful Helium Voice Free app and my not so successful Benchmark Free app.

Helium Voice Free got a nice update in November, but I didn't inform the Windows Phone sites, so there are no peaks in the graph. You can see that the release of Windows Phone 7.5 slightly increased the downloads and the downward trend turned into an upward trend.


In the Benchmark Free download graph there's also this small increase of the average downloads around the Windows Phone 7.5 device launch, but it's not as much as after the updates of Pictures Lab.

Considering all that information, I think this means the Windows Phone 7.5 launch of course raised the downloads base line, but the Pictures Lab updates had a bigger impact on the downloads and it's not only the Windows Phone 7.5 launch which raised the average downloads of Pictures Lab.
Keep in mind that such a statistical analysis isn't bullet-proof at all, esp. when there's not all the information available like the date of all marketplace features and more. Please also note not all apps are the same and things that work for Pictures Lab or Helium Voice Free don't necessarily need to be valid for other apps.

Makes sense?
What are your conclusions?

What is your experience?

Thank you!
I would like to thank all the users of the app, the great group of translators who helped me to translate Pictures Lab, the beta testers and not at last all the great Windows Phone sites which keep us informed about all the things happening around Windows Phone and help us developers by informing the world about our apps. Keep it up!
Gepostet von Rene Schulte unter 8:43 PM 8 comments:

Let me out - Facebook Logout in a Windows Phone App

A while ago I implemented the Facebook photo endpoint into my Windows Phone Pictures Lab app. The implementation of the login was quite straightforward thanks to OAuth 2.0. Only the logout was way harder than one might expect. This post describes how to logout from Facebook using the Facebook API.


In my Pictures Lab app you can edit photos, make them look awesome and then save or share those with your friends at Twitter or Facebook. The Windows Phone Mango API provides the ShareLinkTask and the ShareStatusTask which can be used by an app to share an URL or text using the social services the user has connected the device to. Unfortunately there's no built-in SharePhotoTask to share a photo using the services the user has already authorized. That's why I had to implement it in a custom way where the user has to authorize again. This blog post by my mate Nick Randolph describes very well how to login to Facebook from a Windows Phone app.

For some situations it might make sense to allow the user to logout from within the app. One might think this can't be hard and in most cases it's pretty easy. Logging out from Twitter is very easy for example. You just have to start the authorization process again. However, logging out from Facebook is way harder since they store a cookie and the WebBrowser control doesn't provide a way to clear the cookies, so just starting the authorization process again doesn't work.
One way to log out from Facebook uses a special Uri that contains a part of the access token which was queried during the app authorization process.

Here's the snippet I use in Pictures Lab to split the access token to get the session key which is then used to build the custom Uri:

That logout Uri is then used to navigate the WebBrowser control to it which then correctly triggers the log out process.


That's it. You just have to know their trick. Hope this helps. 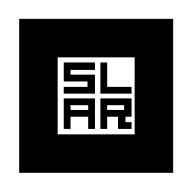 The samples of my open source Windows Phone and Silverlight Augmented Reality Toolkit were updated to the latest version of the WP 7.1 and Silverlight 5 SDKs.
Please note the changed security model in Silverlight 5, which is a big bummer. My Silverlight MVP friend Morten wrote a few true words about it here.
As usual you can find a list of the samples on the project site and also get the code there.
Gepostet von Rene Schulte unter 8:25 PM No comments: