A while ago Clint Rutkas (yes, the guy that built the awesome MIX T-Shirt cannon) asked me if I could write an article for Microsoft's Coding4Fun site. I felt honored and of course I agreed. Today I'm proud to announce that my first Coding4Fun article was published.


The article demonstrates how to implement a simple facial recognition system using Silverlight 4’s new webcam feature. The method I've implemented searches for a certain sized skin color region in a webcam snapshot. This technique is not as perfect as a professional computer vision library like OpenCV and the Haar-like features they use, but it runs in real time and works for most webcam scenarios.

The complete source code for the article is available at CodePlex and licensed under the Ms-PL.
If you like the article, I’ll write a follow-up that might cover a more stable (better) segmentation approach, how to optimize the performance further and more.

Update 04-06-2010
The article was translated into Russian and is available at the Russian Coding 4 Fun site. 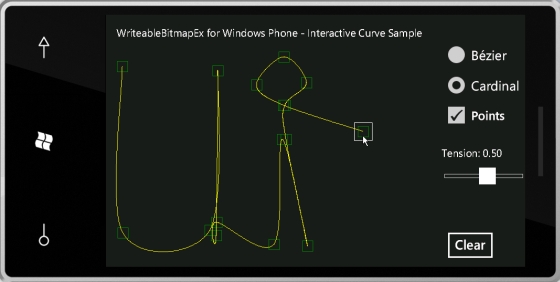 Scott Guthrie et al. announced many awesome new things during the keynotes at Microsoft's MIX10 conference. One of it was the Silverlight 4 Release Candidate which replaces the beta version and is now available for download. Beside all the great new features that were added, it's now finally possible to use the Visual Studio 2010 RC for Silverlight 4 development. Kudos to the Silverlight team for catching up with Visual Studio 2010 and all the cool new features they implemented.

The final Silverlight 4 RTW version will be available next month (April 2010). Additonaly the first CTP of the Winows Phone SDK was released and Silverlight is THE platform for Windows Phone 7 series development and it's free! Silverlight for Symbian is also now available for Nokia S60 5th Edition devices like the N97. So Silverlight is becoming more and more a full multi platform technology. Awesome! 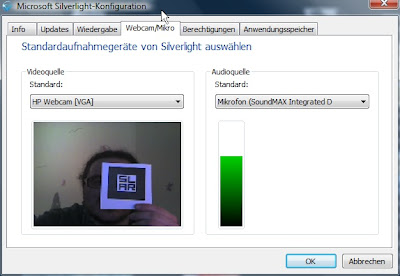 The webcam permission dialog is now consent and can remember if the user has previously allowed that certain application. Tim Heuer's blog post has more details about this handy new feature.


Breaking Changes since the Silverlight 4 beta
The first and most important take away: As usual all Silverlight 4 beta applications have to be updated to the RC and recompiled, otherwise the new RC runtime won't execute them.

The official breaking changes document contains all the details and Koen Zwikstra (@kozw) has made some useful diff lists.

Before the Silverlight 4 RC, AsyncCaptureImage was used like this:

Although the pre-RC pattern was smaller and easier, it's overall more consistent now and I welcome the changes.

Blog.SL4++
I already updated SLARToolkit and the samples and I will continue to update some of my Silverlight 4 beta samples during the next days. Furthermore I will make a Silverlight 4 RC build of the Matrix3DEx sample that should take advantage of the new hardware accelerated perspective transformations.
Gepostet von Rene Schulte unter 7:33 PM 2 comments:

Poll Results: Do you block Google Analytics tracking in your browser? 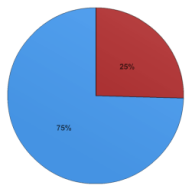 You can now use a simple formula to get the real world Google Analytics statistics (at least for my visitors - the best of all). :-)


Big thanks to all that helped me and took part in the survey!