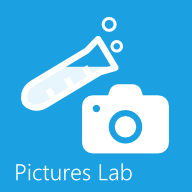 Makes sense?
Please let me know your thoughts and if that would be useful. Feel free to comment or reach out to me through any channel.
Gepostet von Rene Schulte unter 3:59 PM