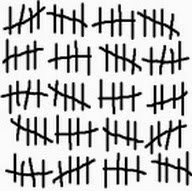 Oh wow, this is my 100th blog post here. Great things happened since I started this blog 6 years ago.
Most importantly were we blessed with our third and fourth daughters. I also got the Microsoft MVP award a few times, first as Silverlight, then Windows Phone Dev, now Windows Platform Dev and became a Nokia Developer Champion. I also joined IdentityMine almost 3 years ago. I judged the Imagine Cup 2011 and German App Campus, spoke at a few conferences like //build 2014, 2015 and wrote a couple articles for different magazines. I also published many releases of my apps and open source projects. And of course posted 100 blog posts with hopefully useful content.

Busy times but good times. I hope this goes on for a while.
Thanks for being part of it!
Gepostet von Rene Schulte unter 4:06 PM